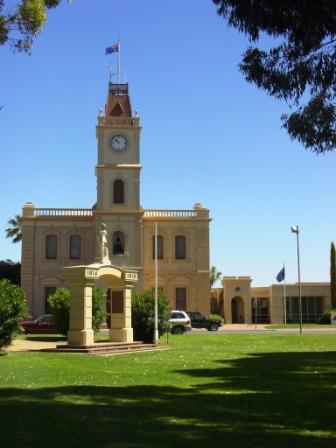 The Institute Reading Room, the first stage of the building, was constructed in 1880.
A large hall and Council Chamber was added in 1883.
The clock and tower was donated by Mr. D F Squibb and added in 1903.

Located in Victoria Square.  It was erected in 1897
with funds raised through a bicycle race, a fair,
and by private donations. 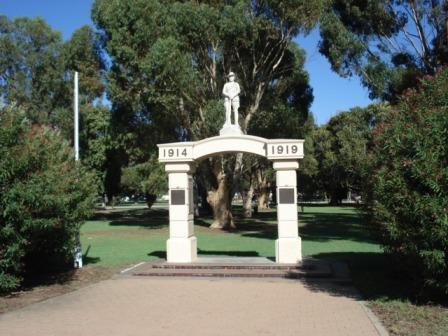 This was erected in memory of the men from this area who fought and died during World War 1.
Located in the park across from the Town Hall.

Corner of Taylor and Hay Streets.  This building was erected in 1882-83. 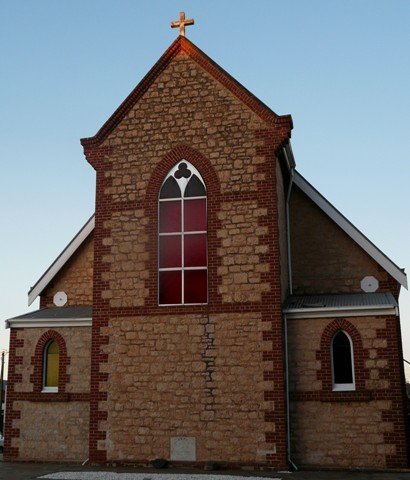 Situated at the corner of Taylor and Hay Streets.  The previous building, the first church in Kadina, was built in 1892, but was demolished and replaced in 1910-11.

Situated at the corner of Graves and Digby Streets.  The first building was established in 1860's.  The present building was erected in 1874.  The Exchange had the longest verandah in South Australia.  The Royal Exchange Hotel took the prefix 'royal' after the Duke of Clarence stayed there in 1880.

Hallett Street.   The church was built in 1936 from stone salvaged from the engine house at the Wallaroo Mines after the mining company was liquidated and the buildings and mining cottages were sold or demolished for salvage.

Taylor Street.  The Wombat Hotel was established in 1861 and was first known as Wombat House, which was used as a boarding house for men.  It was first licensed in 1862.