This was built in 1865 as the original Post Office for Wallaroo. In later years it was used as the Divisional Headquarters of the Police Department for Yorke Peninsula. It is now operated by the Wallaroo Branch of the National Trust of S.A. and is known as the Wallaroo Heritage and Nautical Museum. It houses one of the finest nautical collections in South Australia. (Open Monday-Friday 10am-4pm, Saturday & Sunday 2pm-4pm and long weekends 10am-4pm.)

This large double storey building in the main street was erected in 1864 and traded as "W.C. Eland's Wallaroo Bonded Stores, Trading in Wine, Tea, Soap and General Commodities. In 1883 the building was converted for use as Salvation Army Hall which continued until closure in 1971. Since then it has been reopened a couple of times including as a restaurant and as a pizza bar. The basement is rumoured to be haunted. It is currently home to the CU2@Wallaroo accommodation and was reopened as a Bond Store (Distillery, Microbrewery and Restaurant) December 2019. 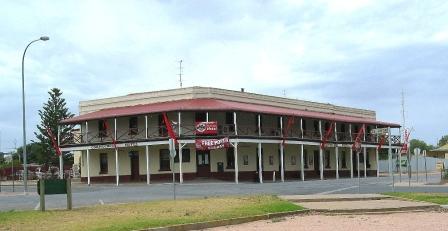 This hotel was built in 1862 and Mr R. Hazelgrove was the first licensee. It was used for many public meetings until the Institute was erected in 1873. It has 52 rooms and is the only hotel in Wallaroo which has retained its exterior facade. 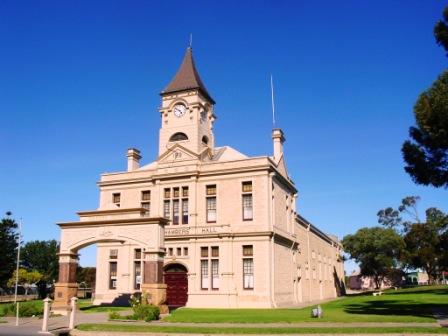 Towards the end of the 19th Century, the townspeople decided that a Town Hall was needed. On the 31st January, 1901, construction began. In 1902, the building was completed, but on 27th December 1917, a disastrous fire destroyed almost everything except the outer walls. It was quickly rebuilt and was re-opened in 1918 with the addition of a clock tower housing the town clock, donated by Councillor Richard Tonkin. The Town Hall is renowned for its beautiful ornate ceiling and stage proscenium. 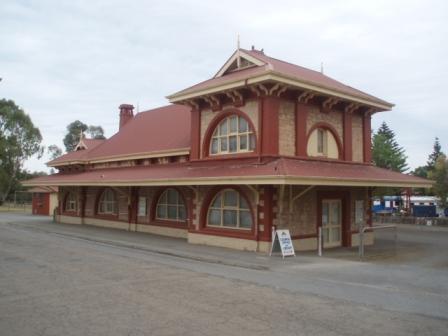 Opened in 1914 to replace 2 outdated stations in other parts of the railyards, it was used as the passenger station until 1969. It was also used as an Art and Craft Centre from 1970-1985. The building was resored in 1985, then used as a restaurant. It is now the Branch office for the Copper Coast Council and Branch Library of Kadina Community Library.

Built as a Coffee Palace and Guest Hotel in 1914 to coincide with the opening of the Railway Station.
The building has been restored in early 1900's style. 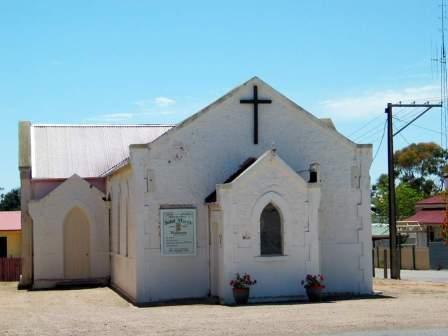 This lovely church with its beautiful stained glass windows was erected in 1864. The altar and pews are of teak. It is open for Sunday services and the Parish welcomes all visitors.

The first school in Wallaroo was opened in 1861 and a number of other private school operated up to 1877. The present Wallaroo Public School main building was built in 1877 at a cost of 4,455 pounds including a headmaster's residence. A deliberately lit fire in the early hours of January 26 2006 gutted most of the interior of the building, leaving the community devastated. But after a rebuilding process the school has been returned to it's former glory. 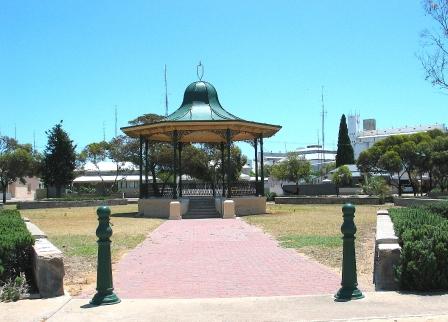 The Rotunda was the scene of Carol Concerts every Christmas night during the mining era. Carols, known locally as "curls", were one of the favourite forms of music. The Rotunda was also noted for its use by the Wallaroo Town Band for its many concerts. The Rotunda was originally built on land overlooking the Bay near the present silos but was removed to Davies Square in 1927.

This was built in 1861 as the single storey Globe Inn (later known as the Globe Hotel when the second storey was added) with Mr W. Square as the first licensee. The name was changed to the Weeroona Hotel in 1959. 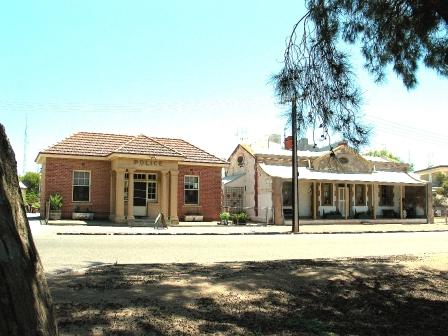 The small Police Station on the corner of Thomas Street and John Terrace was erected by David Bower in 1862 at a cost of 1,075 pounds. (This building was restored in 1990 and is now used as offices). In 1865 the Police Sergeant's residence fronting John Terrace was erected with 4 stone cells and stables at the rear. A new Police Station was erected alongside in the 1940's and was closed in 1972. It is now known as The Station Community Mental Health Centre. 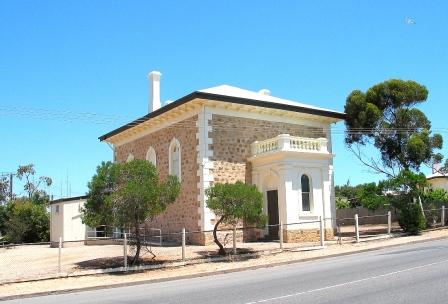 The Wallaroo Court House was built in 1865. Many sailors, miners and others were put on trial here for various offences, such as murder and assault. The building is now used by the Kadina, Wallaroo and Moonta Band. 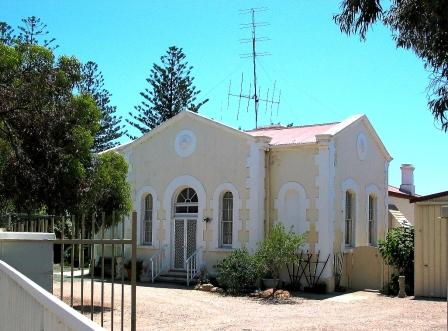 The Customs House, completed in 1862, was the original Harbour Master's Custom house, and is now on the Heritage List. (Now a private residence).

Circa 1880. This building was erected for use as administrative offices for the Smelters by the Wallaroo Mining Company, and gave its name to the nearby Office Beach. It has in the past been used as a recreation centre for visiting sailors, and is currently a private residence. 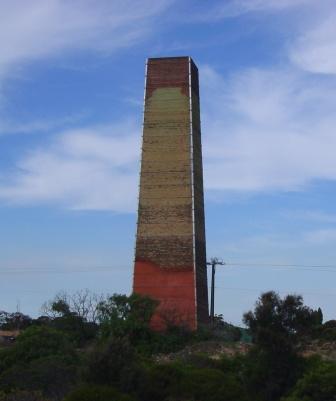 This is all that remains above ground to remind us of the many chimneys and furnaces erected by the Wallaroo Mining and Smelting Company.

There are substantial below ground remains of flues, ducts, footings and retaining walls etc. The inscription 'W.W.H. 1861' on the land side commemorates the founder of the company, Sir Walter Watson Hughes. This stack which was the largest of what were 12 chimneys, stands 130 ft. high and contains over 300,000 bricks. Restoration work commenced October 2005. 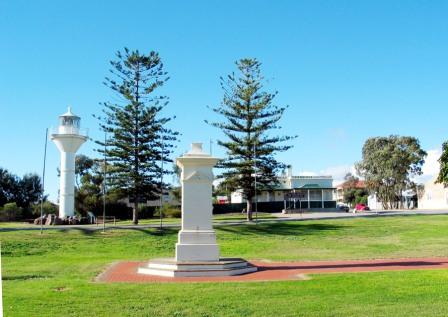 (Opposite Museum) The memorial in this park was erected in 1895 in memory of David Bews M.P., a local man who was responsible for
bringing reticulated water to Wallaroo from the Beetaloo Reservoir in 1890.
Prior to this, water was obtained from underground storage tanks or wells and was always in short supply during summer months.

Many of the buildings listed are on the State Heritage List.

Some of the buildings referred to are privately owned. Please respect owners' privacy.

Further details of the history of Wallaroo may be obtained by reading the following books:

All books are sold at the Wallaroo Heritage & Nautical Museum.