CONSIDERATION OF PROPOSAL FOR THE CITY OF COPPER COAST

The Copper Coast consists of the three major towns of Kadina, Moonta and Wallaroo. At the 2021 Census which was released recently, the population of the Copper Coast was 15,050.

The Copper Coast forms part of the Yorke Peninsula. Yorke Peninsula is experiencing solid population growth, with the State Government forecasts projecting the population increasing at a rate of just under 1.0% pa, to reach 30,640 residents by 2026. Most of the growth is projected to be in the main towns of Kadina, Moonta and Wallaroo. Moonta, Moonta Bay and Port Hughes would have a significant proportion of this population growth, which is expected to continue.

Some other Cities in South Australia have a population less that the Copper Coast; for example, Port Lincoln (14404) and Port Augusta (13829).

There are a number of developments that have recently been completed or are progressing in the Copper Coast – T-Ports Grain Export Terminal, Hawsons Iron – Deep Water Port and Jetty at Myponie Point, Wallaroo Shores Development and large subdivisions in Port Hughes and Kadina. These will all contribute to sustained population growth in the Copper Coast.

A proposal is submitted for consideration of the Copper Coast being named the City of Copper Coast or an alternate name to reflect City Status.  It is considered that State and Federal Governments view a City more favourably for the provision of services and funding. City Status would also reflect the population growth and the Copper Coast as the lifestyle location of choice.

Legal advice indicated consideration of a change of the Council’s name to reflect City Status can be undertaken providing at least a six week consultation is undertaken on the proposed new name.

Therefore, comments are sought on the change of name to the City of Copper Coast or an alternate name to reflect City Status.

Members of the public are invited to answer our online survey or make written submissions to: 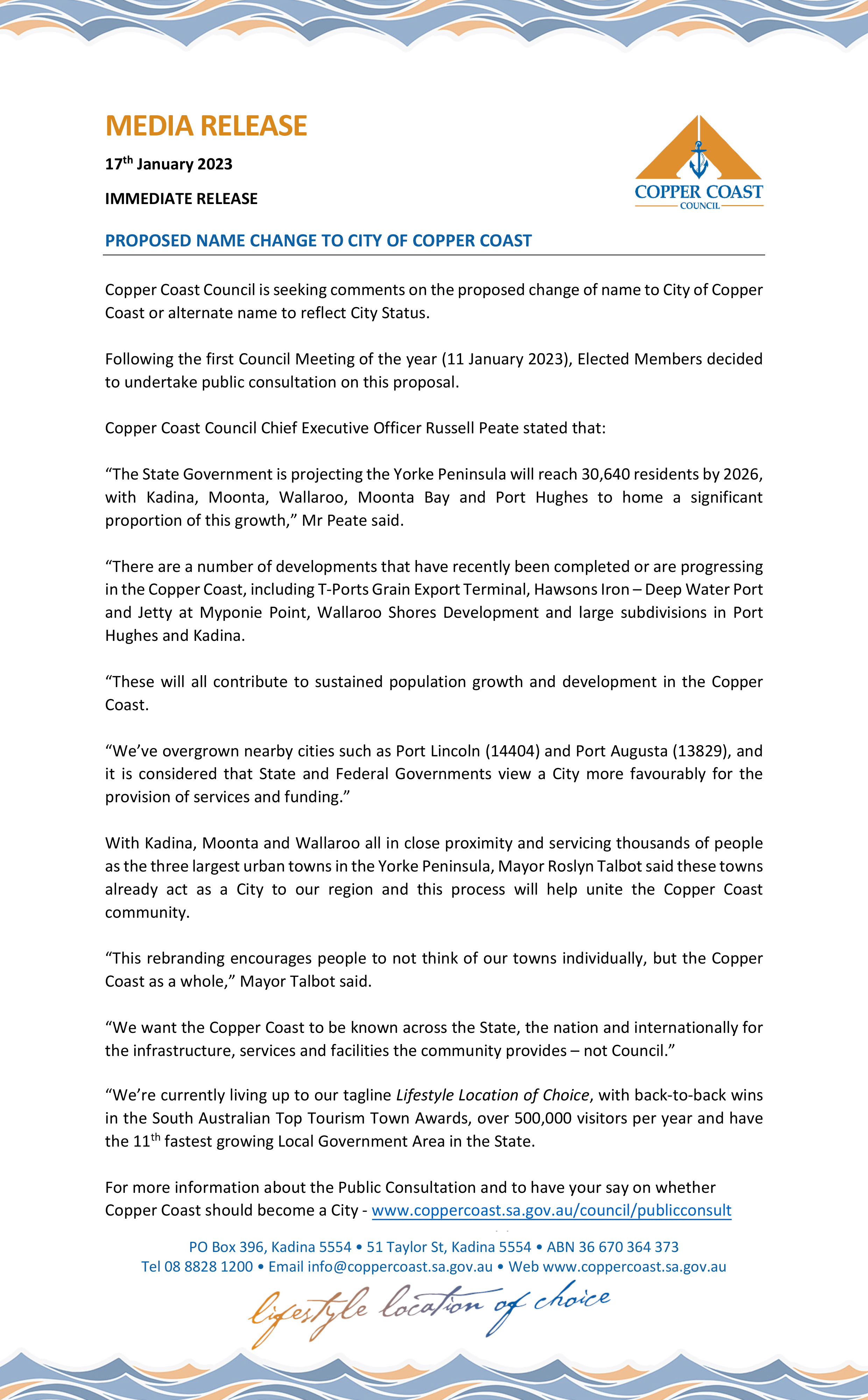